My awesome truth about being an April Fool by Joe Harwell

April 1st fell on Saturday in 1972. The day was sunny and like many Oklahoma spring days, the evening air cooled quickly as the sun went down. I was seventeen, a senior at Poteau, OK High School, a nerd by my own admission, very immature, crazy about cars, worked at Wal-Mart, outgoing to cover extreme shyness (especially around females) and totally smitten with one particular female who I had a date with that night.

This date was only the third or fourth in my life. All previous dates were one time experiences, so my track record wasn’t good in this area. I asked a girl to a movie in the sixth grade, which totally freaked my parents and hers, but we were allowed to go through with it. Our parents reaction probably led to my reluctance to ask more girls out.

The ironic thing about this date is it occurred because of a failed date a few months earlier. There were only two girls in my speech class for the 71-72 school year. One was a freshman who’d just moved to Poteau and the other was Becky Craig, a junior. As luck would have it, the blonde freshman sat behind me and Becky sat behind her and I was usually turned around talking to both of of them.

Sometime in the fall, I ended up being the default date of the freshman girl when several of us from Poteau went to see Jesus Christ Superstar in Ft. Smith. I acted nerdy and committed the unpardonable sin of not giving her a good night kiss. I told you I was shy, but it was par for the course since I’d never kissed a girl for any reason. The fateful and lucky part for me was the freshman girl talked Becky into trading seats with her the following Monday. The shy, pretty Becky turned out to be much more fun to converse with and it didn’t take long for the hopeless romantic in me to fall in love.

Remember I told you about being shy, so it took weeks for me to work up enough courage to ask Becky on a date. Instead of choosing to attend a movie, I asked her to accompany me to a stock car race at Tri-State Speedway on April 1st, totally expecting her to say no. Of course I wouldn’t be writing this if she’d declined, so we ended up on the wood bleachers watching cars go round and round on an asphalt track for a few hours, sitting closer and closer to stay warm. She was soft and warm, smelled like heaven above, we held hands; it was glorious!

After the race I took her to Sambo’s Restaurant at Central Mall in Ft. Smith. It was my favorite, so I assumed she’d like it, which she did. For those of you not familiar with Sambo’s, the menu was like Village Inn, Denny’s, etc. with breakfast served all the time along with lunch and dinner entrees. I ordered blueberry waffles and she ordered a patty melt, even though she admitted it was the first time she had one.

Conversation was kinda one sided because she was even more shy than me, if it was even possible. The good news for me again was she actually seemed to enjoy listening to me ramble on about any old thing. We made it back to Poteau in time to meet her midnight curfew and true to my old habit, I did not kiss her goodnight. It took me a few weeks to work up the courage, but once we crossed the line on kissing there was no stopping us.

If the story ended here, you’d be happy, right? There’s one more short chapter you need to hear to demonstrate how close I came to blowing the deal for the happy life I ultimately enjoyed with Becky. Prom was coming up and I didn’t have a date. I asked Becky about it and she was noncommittal. I should have tried harder and been more understanding, because weeks later I learned why she didn’t want to go. I didn’t attend the prom my junior year, so I was determined not to miss out my senior year. A complicated series of events set me up to attend prom with a girl I knew as a friend. This same series of events also blew up on me when Becky found out, which abruptly ended our relationship. I went to prom, graduated from high school and began working seven days a week at Wal-Mart for the summer.

On one of those hot summer nights, I cruised Poteau after Wal-Mart closed. Ahh, the good old days when Wally World closed at nine PM. The home of Becky’s parents was one block off main street and I made several passed up main to the top of hospital hill, turned around and cruised back downtown. On one pass, I looked toward Becky’s house and saw someone sitting on a car beside the house. I turned on her street and to my great surprise, Becky was sitting on the car. I slowed, then stopped and said hello expecting her to go inside and not speak to me, but she responded. This wasn’t the first or last time she forgave me for being immature, a jerk, less than a good boyfriend, husband or father over the next thirty-six plus years.

Now, one more thing about going to the movies before ending this story. Becky and I went to the Victory Theater in downtown Poteau several times the rest of the summer of 1972. One evening, we were in line to buy tickets standing on the sidewalk in front of the drug store and barber shop beside the theater and I looked at our reflection in the store windows. This was the first, but not the last time I thanked my lucky stars to be standing there holding hands with the most beautiful girl in the universe. Now I can honestly say with confidence, the rest is history. I miss you sweetheart. Happy first date anniversary and happy April 1st everyone. I encourage you to do something foolish, like kiss someone, tell them you love them and be happy for the rest of your life. 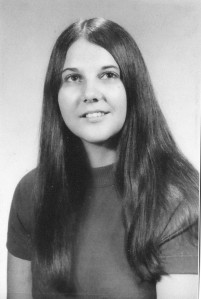 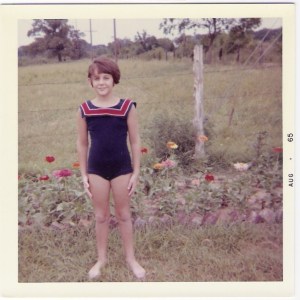 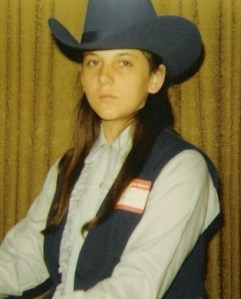 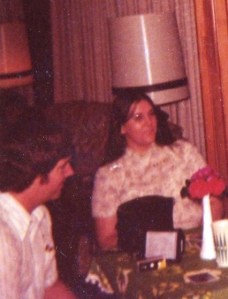 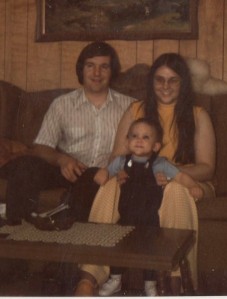 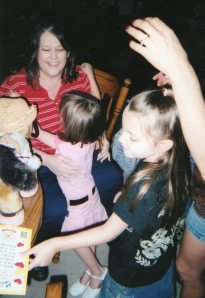 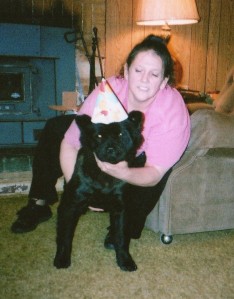 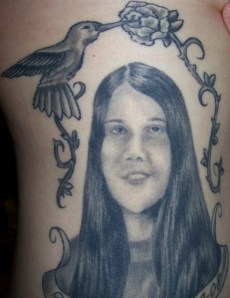 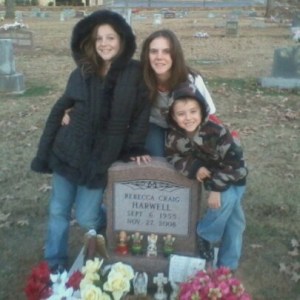 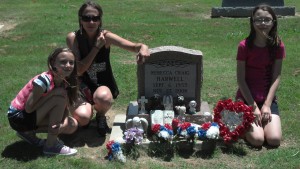